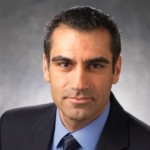 David Ackert was born in La Crosse, Wisconsin. He is an American actor, entrepreneur and writer. He is the President of The Ackert Advisory, and mentor to high-achieving professionals in the legal, corporate, finance, and accounting sectors. David has advised hundreds of lawyers, CEOs and professional-services executives on overcoming business development and marketing challenges. He serves as a guest lecturer at USC’s Marshall School of Business, Carnegie Mellon University, and at the UCLA School of Law. He grew up in a musical family, is a published fiction author, and spent many years as a professional actor. He appeared in shows such as “CSI:Miami”, “NYPD Blue”, “Six Feet Under” and “The West Wing.” He holds degrees from Carnegie Mellon University, Ithaca College, and University of Santa Monica, from which he earned a Master’s in Psychology.