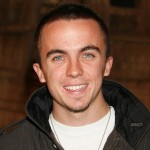 Frankie Muniz was born in Wood-Ridge, New Jersey, USA. He is an American actor, drummer, screenwriter, producer, and racing driver. He is known primarily as the star of the FOX television family sitcom Malcolm in the Middle, which earned him an Emmy Award nomination and two Golden Globe Award nominations. In 2008, he put his acting career on hold to pursue an open wheel racing career. He competed in the Atlantic Championship. In 2012, he joined the band Kingsfoil as a drummer; however, he left the band in 2014. His role in several films include:  Miracle in Lane 2, Big Fat Liar, Deuces Wild, Agent Cody Banks, Racing Stripes, Stay Alive, and Pizza Man.