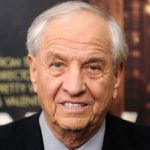 Garry Kent Marshall was born in The Bronx, New York, USA. He is an American actor, director, screenwriter, and producer. His role in several films include: Lost in America, Soapdish, Orange County, Race to Witch Mountain, and Life After Beth. He directed several films include: Young Doctors in Love, Beaches, Pretty Woman, Dear God, Raising Helen, Georgia Rule, Valentine's Day, and Mother's Day. In 1984 he had a movie hit as the writer and director of The Flamingo Kid. His first producing assignment came with Hey, Landlord in 1966. He stepped up the very next year, producing The Lucy Show. Then came successes in producing The Odd Couple, Laverne and Shirley, Blansky's Beauties, Mork & Mindy, Angie, and Happy Days. In 2014, he received the Laurel Award for TV Writing Achievement from the Writers Guild of America.