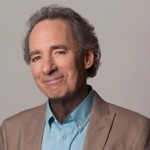 Harry Julius Shearer was born in Los Angeles, California, USA. He is an American actor, author, comedian, film director, musician, producer, radio host, and screenwriter. He is known for his long-running roles on The Simpsons, his work on Saturday Night Live, the comedy band Spinal Tap and his radio program Le Show. He co-wrote the film Real Life with Albert Brooks and started writing for Martin Mull's television series Fernwood 2 Night. He co-created, co-wrote and co-starred in the 1984 film This Is Spinal Tap(composer and musician). His role in other films include: One-Trick Pony, The Right Stuff, Pure Luck, Godzilla, The Truman Show, Dick, A Mighty Wind, and Mascots. He directed two films, Teddy Bears' Picnic(screenwriter and executive producer) and The Big Uneasy(producer). He has written several books include: Man bites town, It's the stupidity, stupid, and Not Enough Indians. His albums list shown below: Songs Of The Bushmen, Songs Pointed and Pointless, and Greed and Fear. He has won a Primetime Emmy Award, has a star on the Hollywood Walk of Fame in the radio category, and has received several other Emmy and Grammy Award nominations.