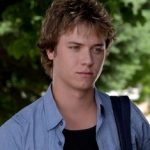 Jeremy Robert Myron Sumpter was born in Carmel-by-the-Sea,  Monterey, California, USA. He is an American actor. When he was 11, he entered International Modeling and Talent Association and started his modeling in Kentucky. His role in several films include: Frailty, Peter Pan, The Sasquatch Gang, An American Crime, Soul Surfer, Excision, The Culling, Animal, Into the Storm, The Squeeze, and Billionaire Ransom. His role in television include: Murphy's Dozen (TV film), Just a Dream (TV film), Cyber Seduction (TV film), and Clubhouse (TV series).