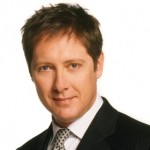 James Todd Spader was born in Boston, Massachusetts, USA. He is an American actor. He is best known for portraying eccentric characters in films such as the drama Sex, Lies, and Videotape, the action science fiction film Stargate, the controversial psychological thriller Crash, the erotic romance Secretary, and the blockbuster superhero film Avengers: Age of Ultron. His best-known television roles are those of attorney Alan Shore in The Practice and its spin-off Boston Legal(won- three Emmy Awards), and Robert California in the comedy-mockumentary The Office. He currently stars as high-profile criminal-turned-FBI-informant Raymond "Red" Reddington in the NBC crime drama The Blacklist(nominated- two Golden Globe Awards). His role in other films include: Endless Love, Tuff Turf, Pretty in Pink, Wall Street, Jack's Back(nominated- Saturn Award for Best Actor), Bob Roberts, Dream Lover, Supernova, Lincoln, and The Homesman.