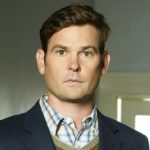 Henry Jackson Thomas, Jr. was born in San Antonio, Texas, USA. He is an American actor and musician. He studied at Blinn College in Brenham, Texas. He is best known for his role as Elliott Taylor in Steven Spielberg's E.T. the Extra-Terrestrial, for which he received BAFTA Award, Golden Globe Award and Saturn Award nominations. His role in several films include: Raggedy Man, Misunderstood, Fire in the Sky, Legends of the Fall, All the Pretty Horses, Gangs of New York, and Dear John. His role in television include: A Taste for Killing(TV film), Moby Dick( miniseries), Desperation(TV film), Betrayal (TV series), and Sons of Liberty(miniseries). He wrote songs, sang, and played guitar for the San Antonio, Texas band The Blue Heelers from the mid to late 1990s. Although the band was never signed to a record label, its self-produced album Twister was warmly received and enjoyed statewide radio play. In 1998, his song "Truckstop Coffee" appeared on V2's soundtrack to the film Niagara, Niagara in which Thomas appeared.