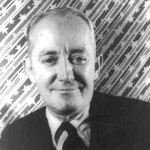 George Michael Cohan, known professionally as George M. Cohan was born in Providence, Rhode Island, USA. He was an American playwright, composer, lyricist, actor, singer, and producer. He wrote, composed, produced, and appeared in more than three dozen Broadway musicals. He published more than 300 songs during his lifetime, including the standards "Over There", "Give My Regards to Broadway", "The Yankee Doodle Boy" and "You're a Grand Old Flag". His life and music were depicted in the Academy Award-winning film Yankee Doodle Dandy and the 1968 musical George M!. His role in several films include: Broadway Jones, Seven Keys to Baldpate, Hit-The-Trail Holliday, and The Phantom President. He produced several films include: Broadway Jones, Seven Keys to Baldpate, and Hit-The-Trail Holliday.