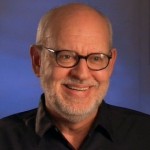 Frank Oz was born in Hereford, Herefordshire, England. He is an English-born American filmmaker, puppeteer, and actor. His career began as a puppeteer, where he performed the Muppet characters of Miss Piggy and Fozzie Bear in The Muppet Show, and Cookie Monster, Bert, and Grover in Sesame Street. He is also known for being the puppeteer and voice of Yoda in the Star Wars films. His work as a director includes Little Shop of Horrors, Dirty Rotten Scoundrels, What About Bob?, In & Out, Bowfinger, The Score, and Death at a Funeral. His role in several films include: The Muppet Movie, The Blues Brothers, Spies Like Us, The Adventures of Elmo in Grouchland, and Return of the Jedi.