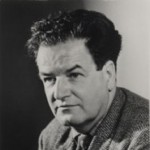 John Edward Christopher Hill was born in York, Yorkshire, England. He was an English Marxist historian and academic, specialising in 17th-century English history. He earned a BA degree in Modern History from Balliol College, Oxford University in 1934. After graduating, he became a fellow of All Souls College. In 1936, he accepted a teaching position as an assistant lecturer at the University College of South Wales and Monmouthshire. He became a fellow and tutor of history at Balliol College, Oxford. From 1965 to 1978, he was Master of Balliol College, Oxford. He wrote several books include: Lenin and the Russian Revolution, Puritanism and Revolution, Intellectual Origins of the English Revolution, God's Englishman, The World Turned Upside Down, Milton and the English Revolution, The Experience of Defeat, A Nation of Change and Novelty, and Liberty Against the Law.