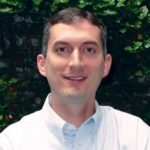 James Smith Dashner was born in Austell, Georgia, USA. He is an American writer of speculative fiction, primarily series for children or young adults, such as the Maze Runner series and the young adult fantasy series the 13th Reality. He earned a master's degree in accounting from Brigham Young University in Utah. He has written several novels include: The Journal of Curious Letters, The Hunt for Dark Infinity, The Blade of Shattered Hope, The Maze Runner, The Scorch Trials, The Death Cure, The Kill Order, The Fever Code, and The Eye of Minds. He has written other books include: A door in the woods,  A gift of ice, The Tower of Air, War of the Black Curtain, A Mutiny in Time, The Iron Empire, and The Rule of Thoughts.