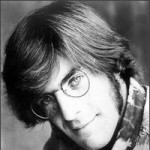 John Benson Sebastian was born in Greenwich Village, New York City, New York, USA. He is an American singer-songwriter and guitarist who is best known as a founder of The Lovin' Spoonful, a band inducted into the Rock and Roll Hall of Fame in 2000, and for his No. 1 hit in 1976, "Welcome Back". He was also inducted into the Songwriters Hall of Fame in 2008. He grew up in Italy and Greenwich Village. His father, John Sebastian was a noted classical harmonica player and his mother, Jane was a radio script writer. He graduated from Blair Academy, a private boarding school in Blairstown, New Jersey in 1962. His albums list shown below: John B. Sebastian, The Four of Us, Tarzana Kid, Welcome Back, The Best Of John Sebastian, Tar Beach, and Satisfied (with David Grisman).