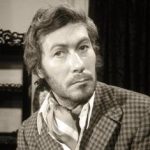 John James Osborne was born in London, England. He was an English playwright, screenwriter and actor, known for his excoriating prose and intense critical stance towards established social and political norms. He wrote several plays include: Look Back in Anger, The Entertainer, Luther, The World of Paul Slickey, Under Plain Cover, Inadmissible Evidence, A Patriot for Me, A Bond Honoured, A Hotel in Amsterdam, West of Suez, and Déjàvu. He wrote several films include: The Entertainer, Tom Jones, Inadmissible Evidence, The Charge of the Light Brigade, and God Rot Tunbridge Wells! (TV film). His role in several films include: First Love, The Chairman's Wife, Get Carter, Tomorrow Never Comes, and Flash Gordon. He wrote several memoirs, including A Better Class of Person and Almost a Gentleman.