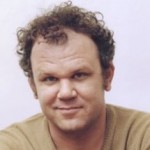 John Christopher Reilly Jr. was born in Chicago, Illinois, USA. He is an American actor, comedian and singer. He earned a BFA Drama degree from DePaul University in 1987. In 2007, he starred in the comedy Walk Hard: The Dewey Cox Story, garnering him a Grammy Award nomination and a second Golden Globe Award nomination for the song performed in the film, "Walk Hard". He performs with his band John Reilly and Friends and worked as a stage actor in True West, for which he was nominated for the Tony Award for Best Actor in a Play. His role in several films include: Casualties of War, Days of Thunder, The River Wild, Hard Eight, Boogie Nights, For Love of the Game, Magnolia, The Good Girl, Chicago (Nominated- Academy Award for Best Supporting Actor, Golden Globe Award for Best Supporting Actor), Talladega Nights, and Step Brothers (also writer). His role in television include: Tim and Eric Awesome Show, Great Job! (sketch comedy TV series), Check It Out! with Dr. Steve Brule (sketch comedy TV series, also executive producer, writer), and Stone Quackers (animated TV series, only voice). He married Alison Dickey in 1992. They have two sons.