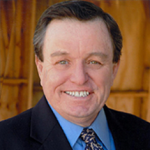 Gerald Patrick "Jerry" Mathers was born in Sioux City, Iowa, USA. He is an American actor. He is best known for his role in the television series Leave It to Beaver, broadcast from 1957 to 1963, in which he played Theodore "Beaver" Cleaver, the younger son of the suburban couple June and Ward Cleaver and the brother of Wally Cleaver. He earned a BA degree in philosophy from the University of California, Berkeley, in 1973. He began his career at the age of 2 when he appeared as a child model for a department store ad. Soon after, he starred in a commercial for PET Milk opposite vaudeville comedian Ed Wynn. His role in several films include: This Is My Love, The Trouble with Harry, The Shadow on the Window, The Deep Six, The Other Man, Better Luck Tomorrow, and Will to Power. His role in television include: The Girl, the Gold Watch & Dynamite (TV film), and The New Leave It to Beaver (TV series).