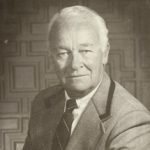 James Alonzo "Jim" Bishop was born in Jersey City, New Jersey, USA. He was an American journalist and author. In 1929, he began work as a copy boy at the New York Daily News. He got a job as a cub reporter at the New York Daily Mirror in 1930, where he worked until he joined Collier’s Magazine in 1943. From 1946 to 1948, he was executive editor of Liberty magazine. In 1957, he started his column, Jim Bishop: Reporter, with King Features Syndicate, which continued until 1983. He wrote several books include: The Mark Hellinger story, The day Lincoln was shot, The Golden Ham, The Day Christ was Born, The Day Christ Died, Go With God, A Day in the Life of President Kennedy, The day Kennedy was shot, The days of Martin Luther King, Jr., FDR's Last Year, The Birth of the United States, and A Bishop's Confession.