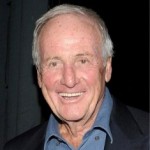 Jerome Charles "Jerry" Weintraub was born in Brooklyn, New York City, New York, USA. He was an American film producer. He produced several films include: Nashville, Oh, God!, September 30, 1955, Cruising, All Night Long, Diner, The Karate Kid (1984), The Karate Kid Part II, Happy New Year, The Karate Kid Part III,  Pure Country, The Next Karate Kid, The Specialist, Vegas Vacation, The Avengers, Soldier, Ocean's Eleven, Ocean's Twelve, Ocean's Thirteen, Nancy Drew, The Karate Kid (2010), and The Legend of Tarzan. He was executive producer of HBO's series The Brink and HBO's Behind the Candelabra in 2013, which won an Emmy. In 2014, he won another Emmy as co-producer of Years of Living Dangerously, a television documentary about global warming.