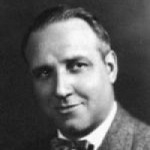 Allan Dwan was born in Toronto, Ontario, Canada, Dwan moved with his family to the United States when he was eight years old, on April 15, 1893. He was a pioneering Canadian-born American motion picture director, producer and screenwriter. However, he had a strong interest in the fledgling motion picture industry and when Essanay Studios offered him the opportunity to become a scriptwriter, he took the job. While still in New York, in 1917 he was the founding president of the East Coast chapter of the Motion Picture Directors Association. Dwan operated Flying A Studios in La Mesa, California from August 1911 to July 1912.  Flying A was one of the first motion pictures studios in California history. Over a career spanning almost is long career spanning 50 years, Dwan directed over 400 motion pictures, many of them highly acclaimed, such as the 1949 box office smash, Sands of Iwo Jima. He directed his last movie in 1961. He died in Los Angeles at the age of ninety-six, and is interred in the San Fernando Mission Cemetery, Mission Hills, California.