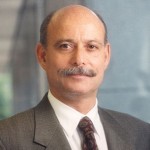 Jeremy Rifkin was born in Denver, Colorado, USA. He is an American economist, social theorist, author, public speaker, political advisor, and activist. He earned a BA degree in Economics from the University of Pennsylvania in 1967. He earned an MA degree in International Affairs from Tufts University in 1968. He has been an advisor to the European Union since 2000. He has advised the past three presidents of the European Commission and their leadership teams- President Romano Prodi, President Jose-Manuel Barroso, and the current President Jean-Claude Juncker. He is the principal architect of the Third Industrial Revolution long-term economic sustainability plan to address the triple challenge of the global economic crisis, energy security, and climate change. He has taught at the Wharton School's Executive Education Program at the University of Pennsylvania since 1995. He has written several books include: The End of Work, The biotech century, The Age of Access, The Hydrogen Economy, The European Dream, The Empathic Civilization, The Third Industrial Revolution, and The Zero Marginal Cost Society.