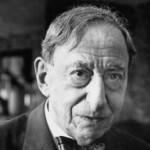 Hugo Gernsback was born in Bonnevoie, Luxembourg. He was a Luxembourgish-born American inventor, writer, editor and magazine publisher, best known for publications including the first science fiction magazine. His contributions to the genre as publisher were so significant that, along with the novelists H. G. Wells and Jules Verne, he is sometimes called "The Father of Science Fiction". In his honour, annual awards presented at the World Science Fiction Convention are named the "Hugos". In April 1908, he founded Modern Electrics, the world's first magazine about both electronics and radio, called "wireless" at the time. In 1913, he founded a similar magazine, The Electrical Experimenter, which became Science and Invention in 1920. He started the modern genre of science fiction in 1926 by founding the first magazine dedicated to it, Amazing Stories. After losing control of Amazing Stories, he founded two new science fiction magazines, Science Wonder Stories and Air Wonder Stories. He wrote several books include: Ralph 124C 41+(novel), Radio for all, Official Radio Service Manual, Ultimate World(novel), and The Scientific Adventures of Baron Munchausen(novel).