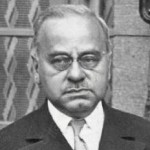 Alfred Adler was born at Mariahilfer  in Rudolfsheim, a place near Vienna at the time but today part of Rudolfsheim-Fünfhaus, the 15th district of Vienna. Early on, he developed rickets, which kept him from walking until he was four years old. Hearing the doctor saying to his father "Your boy is lost" was at the age of four when he almost died of pneumonia. And it was at this age that he decided to be a physician. He was very interested in the subjects of psychology, sociology and philosophy. After studying at University of Vienna, he specialized as an eye doctor, and later on in neurology and psychiatry.
Alfred was an active, popular child and an average student who was also known for his competitive attitude toward his older brother, Sigmund.
In 1895 Adler received a medical degree from the University of Vienna. During his college years, he had become attached to a group of socialist students, among which he had found his wife-to-be, Raissa Timofeyewna Epstein, an intellectual and social activist from Russia studying in Vienna. They married in 1897 and had four children, two of whom became psychiatrists.
Adler died from a heart attack in 1937 in Aberdeen, Scotland, during a lecture tour, although his cremains went missing and were unaccounted for until 2007.