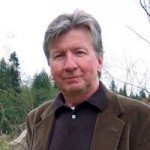 Francis Paul Wilson was born in Jersey City, New Jersey, USA. He is an American Science fiction and horror genres novelist and writer. He is also a part-time practicing family physician. He has written several novels include: The Keep, The Tomb, The Select, The Touch, Reborn, Reprisal, Nightworld, Sims, Legacies, Conspiracies, All the Rage, Hosts, The Haunted Air, Gateways, Crisscross, Infernal, Panacea, Harbingers, and Dark City. He has written other books include: Healer, Wheels within Wheels, Midnight Mass, Sibs, The Last Rakosh, The Dark at the End, By the Sword, Dydeetown World, The Tery, Sister Night, Deep as the Marrow, The fifth harmonic, Fatal Error, Cold City, Fear City, and Secret Vengeance.