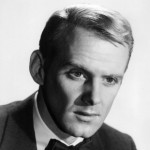 Bob Fosse was born in Chicago, Illinois. He was an American dancer, musical theatre choreographer, director, screenwriter, film director and actor. He won an unprecedented 8 Tony Awards for choreography, as well as one for direction. He was nominated for an Academy Award four times, winning for his direction of Cabaret. Fosse directed five feature films. His first, Sweet Charity in 1969, starring Shirley MacLaine, is an adaptation of the Broadway musical he had directed and choreographed. Fosse shot the film largely on location in Manhattan. His second film, Cabaret, won eight Academy Awards, including Best Director, which he won over Francis Ford Coppola for The Godfather starring Marlon Brando. The film was shot on location in Berlin; Liza Minnelli and Joel Grey both won Oscars for their roles. Fosse went on to direct Lenny in 1974, a biopic of comic Lenny Bruce starring Dustin Hoffman. The film was nominated for Best Picture and Best Director Oscars, among other awards.