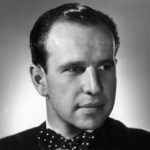 Hume Blake Cronyn, Jr. was born in London, Ontario, Canada. He was a Canadian actor. His father Hume Blake Cronyn, Sr. was a businessman and a Member of Parliament for London. His role in several films include: Shadow of a Doubt, Lifeboat, The Seventh Cross(nominated- Academy Award for best supporting actor), The Sailor Takes a Wife, Brute Force, Crowded Paradise, Rollover, Impulse, Cocoon(Nominated- Saturn Award for Best Actor), Camilla, and Marvin's Room(Nominated- Screen Actors Guild Award for Outstanding Performance). His role in television include: The Marriage(TV series), Foxfire(TV film), Broadway Bound(TV film), 12 Angry Men(TV film), and Seasons of Love(TV film). He won a Drama Desk Special Award in 1986. In 1990, he was awarded the National Medal of Arts. He was awarded an Honorary Doctor of Laws degree by the University of Western Ontario on October 26, 1974. His wife, Jessica Tandy was given the same degree on the same day.