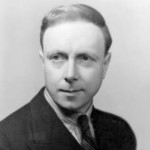 Cronin was born at Rosebank Cottage in Cardross, Dunbartonshire, the only child of a Protestant mother, Jessie Cronin (née Montgomerie), and a Catholic father of Northern Irish extraction, Patrick Cronin, and would later write of young men from similarly mixed backgrounds. His paternal grandparents were the proprietors of a public house in Alexandria, West Dunbartonshire. His maternal grandfather, Archibald Montgomerie, was a hatter who owned a shop in Dumbarton. After their marriage, Cronin's parents moved to Helensburgh, where he attended Grant Street School. When he was seven years old, his father, an insurance agent and commercial traveller, died from tuberculosis. He and his mother moved to her parents' home in Dumbarton, and she soon became the first female public health inspector in Scotland.[citation needed]
Cronin was not only a precocious student at Dumbarton Academy who won many prizes and writing competitions, but also an excellent athlete and footballer. From an early age, he was an avid golfer, a sport he enjoyed throughout his life, and he loved salmon fishing as well. The family later moved to Yorkhill, Glasgow, where he attended St Aloysius College in the Garnethill area of the city. He played football for the First XI there, an experience he included in one of his last novels, The Minstrel Boy. A family decision that he should study for either the church or medicine was settled by Cronin himself, who chose "the lesser of two evils." He won a Carnegie scholarship to study medicine at the University of Glasgow in 1914. He was absent during the 1916-1917 session for naval service. In 1919 he graduated with highest honours, with the degree of MB, ChB. Later that year he made a trip to India as ship's surgeon on a liner. Cronin went on to earn additional degrees, including a Diploma in Public Health (1923) and his MRCP (1924). In 1925, he was awarded an M.D. from the University of Glasgow for his dissertation, entitled "The History of Aneurysm."