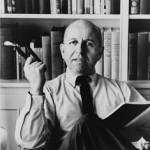 Jerome Weidman was born in Manhattan, New York City, New York, USA. He was an American novelist and playwright. He collaborated with George Abbott on the book for the musical Fiorello! with music by Jerry Bock, and lyrics by Sheldon Harnick. All received the 1960 Pulitzer Prize for Drama for the work. He wrote other plays include: Tenderloin (with George Abbott), and I Can Get It for You Wholesale. He wrote several novels include: I Can Get It for You Wholesale, The Enemy Camp, The Sound of Bow Bells, Other People's Money, Fourth Street East, Last respects, Tiffany Street, The Temple, A Family Fortune, and Counselors-at-law. In 1986, he published his memoir, Praying for Rain. He studied at City College of New York and New York University Law School. He married Peggy Wright in 1942. He had two sons, John and Jeffrey.