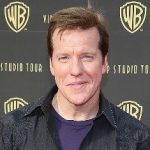 Jeffrey "Jeff" Dunham was born in Dallas, Texas, USA. He is an American stand-up comedian, ventriloquist, TV producer and screenwriter who has also appeared on numerous television shows, including Late Show with David Letterman, Comedy Central Presents (Also writer), The Tonight Show, and Sonny With a Chance. Forbes.com ranked Dunham as the third highest-paid comedian in the United States behind Jerry Seinfeld and Chris Rock. He achieved the Guinness Book of World Records record for "Most tickets sold for a stand-up comedy tour" for his Spark of Insanity tour, performing in 386 venues worldwide. He has written his autobiography, All By My Selves: Walter, Peanut, Achmed and Me. His role in several films include: Delta Farce, I'm No Dummy (Documentary film), Dinner for Schmucks, From Up on Poppy Hill (Voice), The Nut Job (Voice), Smurfs: The Lost Village (Voice), and The Nut Job 2 (Voice). His role in television include: History of the Joke (TV Documentary film), The Jeff Dunham Show (TV series, also writer and executive producer), and The Batmobile (TV documentary film).