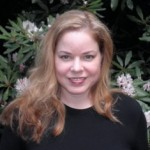 Jeaniene Frost is an American novelist. She is the New York Times, USA Today, and international bestselling author of the Night Huntress series, the Night Prince series and the Broken Destiny series. She has written several novels include: (The Night Huntress series): Halfway to the Grave, One Foot in the Grave, At Grave's End, Destined for an Early Grave, This Side of the Grave (with Tavia Gilbert), One Grave at a Time, and Up from the Grave. (The Night Huntress World Series): First Drop of Crimson and Eternal Kiss of Darkness (with Tavia Gilbert). (The Night Prince series): Once Burned, Twice Tempted, Bound by Flames, and Into the Fire. (Broken Destiny series): The Beautiful Ashes, The Sweetest Burn, and The Brightest Embers. She has written other books include: The Bite Before Christmas (with Lynsay Sands), Happily Never After, Devil to Pay, Reckoning, Home for the Holidays, Magic Graves (with Ilona Andrews), and Night's Darkest Embrace.