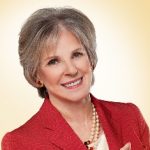 Jane Bryant Quinn was born in Niagara Falls, New York, USA. She is an American financial journalist and author. She is one of the nation's leading commentators on personal finance. Her policy columns have addressed matters of top concern to citizens, including investor protection, health insurance, Social Security, and the sufficiency of retirement plans. She earned a BA degree from Middlebury College, Vermont in 1960. She is a contributing editor for Newsweek, where she wrote a biweekly column for 30 years, retiring it in 2009. Her twice-weekly, syndicated Washington Post Writers Group column, “Staying Ahead”, ran for 27 years in over 250 newspapers and is considered one of the most successful newspaper columns. For ten years, she worked for CBS News, first on The CBS Morning News, then on The CBS Evening News with Dan Rather. She has also written personal finance columns for Woman's Day and Good Housekeeping. She has written several books include: Everyone's Money Book, Making the Most of Your Money Now, A hole in the market, and How to Make Your Money Last. She received Emmy Award for Outstanding Coverage of News on Television(1985), and Gerald Loeb Lifetime Achievement Award(1997).