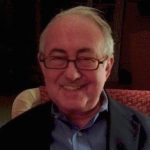 James Atlas was born in Evanston, Illinois, USA. He is an American author, editor, journalist and publisher. He, the president of Atlas & Company, publishers, and founding editor of the Penguin Lives Series. A Harvard graduate, Rhodes Scholar, and onetime contributor to The New Yorker, he was an editor at The New York Times Magazine for many years. He has edited volumes of poetry and has written several novels and two biographies. His work has appeared in The New York Times Book Review, The New York Review of Books, The London Review of Books, Vanity Fair, Harper's, New York Magazine, and Huffington Post. He has written several books include: Ten American poets- an anthology of poems, Delmore Schwartz: The Life of an American Poet(Nominations: National Book Award for Biography and Autobiography), The great pretender, The book wars, Battle of the Books, Bellow: A Biography, My Life in the Middle Ages, and The Shadow in the Garden.