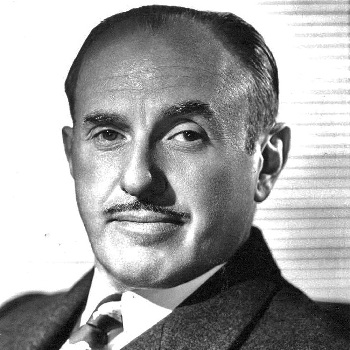 Jack Leonard "J. L." Warner(Jacob Warner) was born in London, Ontario, Canada. He was a Canadian-American film executive who was the president and driving force behind the Warner Bros. Studios in Burbank, California. His career spanned some forty-five years, its duration surpassing that of any other of the seminal Hollywood studio moguls. He produced several films include: My Fair Lady, Camelot, 1776, Dirty Little Billy, Gold Diggers of 1937, Battle Cry, They Won't Forget, That Certain Woman, No Time for Comedy, Cain and Mabel, Invisible Stripes, So Big, The Walking Dead, Bordertown, San Quentin, Ceiling Zero, and The Working Man.