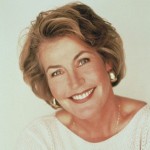 Helen Maxine Lamond Reddy was born in Melbourne, Victoria, Australia. She is an Australian-American singer. In the 1970s, she enjoyed international success, especially in the United States, where she placed 15 singles in the Top 40 of the Billboard Hot 100. Six made the Top 10 and three reached No. 1, including her signature hit "I Am Woman". In 1974, at the inaugural American Music Awards, she became the first artist to win the award for Favorite Pop/Rock Female Artist. Her albums list shown below: I Am Woman, Long Hard Climb, Free and Easy, Love Song for Jeffrey, No Way to Treat a Lady, Ear Candy, We'll Sing in the Sunshine, Take What You Find, Play Me Out, Imagination, and Feel So Young. Her songs list shown below: "Peaceful", "Delta Dawn", "Leave Me Alone", "Angie Baby", "The Happy Girls", and "Candle on the Water". She came to be known as a "feminist poster girl" or a "feminist icon". She is also a practicing clinical hypnotherapist based in Sydney and patron of the Australian Society of Clinical Hypnotherapists.