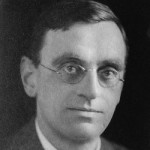 Henry Christopher Bailey was born in London, England. He was an English author of detective fiction. He wrote mainly short stories featuring a medically qualified detective called Reggie Fortune. His works were published in a number of magazines, including Adventure and Ellery Queen's Mystery Magazine. He attended the City of London School, and graduated with honors in classics from Corpus Christi College of the University of Oxford. From 1901 to 1946, he worked for London's Daily Telegraph. He began as a drama critic and was a war correspondent, and finally an editorial writer. He wrote several books include: My Lady of Orange, Karl of Erbach, Springtime, Colonel Greatheart, The lonely queen, The Sea Captain, The Gentleman Adventurer, The young lovers, The Pillar of Fire, The Master of Gray, The God of Clay, Shadow on the wall(novel), The Highwayman(novel),The Sullen Sky Mystery(novel), Black Land, White Land(novel), The Man in the Cape(novel), Call Mr. Fortune, The Fool, The Plot, The Golden Fleece, and This is Mr Fortune.