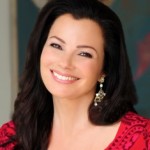 Francine Joy "Fran" Drescher was born in Kew Gardens, New York City, New York, USA. She is an American actress, comedian, model, author, and activist. She is best known for her role as Fran Fine in the hit TV series The Nanny, and for her nasal voice and thick New York accent. Her role in several films include: Saturday Night Fever, American Hot Wax, Stranger in Our House, Gorp, The Hollywood Knights, Doctor Detroit, This Is Spinal Tap, UHF, Jack, and The Beautician and the Beast. Her role in television include: The Nanny, Living with Fran, and Happily Divorced. She has written several books include: Cancer Schmancer, Enter Whining, and Being Wendy. A uterine cancer survivor, she is an outspoken healthcare advocate and LGBT rights activist, and is noted for her work as a Public Diplomacy Envoy for Women's Health Issues for the U.S. State Department.