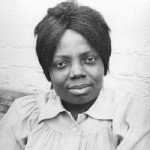 Buchi Emecheta was born in Ibusa, Delta State, Nigeria. She is a Nigerian novelist who has published over 20 books, including Second-Class Citizen, The Bride Price, The Slave Girl and The Joys of Motherhood. Her themes of child slavery, motherhood, female independence and freedom through education have won her considerable critical acclaim and honours, including an Order of the British Empire in 2005. Her second novel published two years later, Second-Class Citizen, also drew on Emecheta's own experiences, and both books were eventually published in one volume as Adah's Story. From 1980 to 1981, she was senior resident fellow and visiting professor of English, University of Calabar, Nigeria. In 1982 she lectured at Yale University, and the University of London, as well as holding a fellowship at the University of London in 1986.