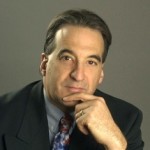 Andrew Bernstein is a proponent of Ayn Rand's Objectivism, an author, and a professor of philosophy. Bernstein holds a PhD in philosophy and is the author of The Capitalist Manifesto: The Historic, Economic, and Philosophic Case for Laissez-Faire, Capitalism Unbound: The Incontestable Case for Individual Rights and Objectivism in One Lesson, as well as a novel, Heart of a Pagan. He also authored the CliffsNotes for Ayn Rand's Atlas Shrugged, The Fountainhead, and Anthem, and has contributed essays to volumes such as Essays on Ayn Rand's Anthem and Essays on Ayn Rand's We the Living.  Bernstein has lectured at Harvard University, Duke University, Yale University, Stanford University, the United States Military Academy, Founders College, the University of Southern California, and elsewhere. Dr. Bernstein is co-host of a weekly blogtalk radio program, Objectively Speaking, has been interviewed on hundreds of radio shows—including by such legends as Barry Farber, Bob Grant, Mark Scott, and others—and appeared on several prominent TV news shows, including Neil Cavuto’s.