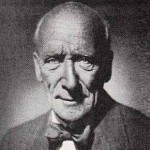 Blackwood was born in Shooter's Hill and educated at Wellington College. Blackwood had a varied career, working as a milk farmer in Canada, operating a hotel, as a newspaper reporter in New York City, bartender, model, journalist for the New York Times, private secretary, businessman, and violin teacher.
Throughout his adult life, he was an occasional essayist for various periodicals. In his late thirties, he moved back to England and started to write stories of the supernatural. He was very successful, writing at least ten original collections of short stories and eventually appearing on both radio and television to tell them. He also wrote fourteen novels, several children's books, and a number of plays, most of which were produced but not published. He was an avid lover of nature and the outdoors, and many of his stories reflect this. To satisfy his interest in the supernatural, he joined the Ghost Club. He never married; according to his friends he was a loner but also cheerful company.
His two best known stories are probably "The Willows" and "The Wendigo". He would also often write stories for newspapers at short notice, with the result that he was unsure exactly how many short stories he had written and there is no sure total. Though Blackwood wrote a number of horror stories, his most typical work seeks less to frighten than to induce a sense of awe. Good examples are the novels The Centaur.
Blackwood died after several strokes. Officially his death on 10 December 1951 was of cerebral thrombosis with arteriosclerosis as contributory. He was cremated at Golders Green crematorium. A few weeks later his nephew took his ashes to Saanenmoser and scattered them over the mountains that he had loved for over forty years.