Well, as a kid I did not get Shakespeare. I just never understood it.

Comments on: "Alanis Morissette Quotes: Well, as a kid I did not get Shakespeare. I just never understood..." 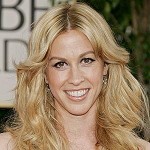 Morissette was born June 1, 1974 in Ottawa, Ontario, Canada. She attended Glebe Collegiate Institute (Ottawa, Canada) for high school. Alanis recorded her first demo called "Fate Stay With Me" at Marigold Studios in Toronto, engineered by Rich Dodson of Canadian classic rock band, The Stampeders.
In 1991 MCA Records Canada released Morissette's debut album, Alanis, in Canada only. Morissette co-wrote every track on the album with its producer, Leslie Howe. By the time it was released, she had dropped her stage name and was credited simply as Alanis. In 1992, she released her second album, Now Is the Time, a ballad-driven record that featured less glitzy production than Alanis and contained more thoughtful lyrics. Morissette wrote the songs with the album's producer, Leslie Howe, and Serge Côté. In 1993 Morissette's publisher Leeds Levy at MCA Music Publishing introduced her to manager Scott Welch. Maverick Records released Jagged Little Pill internationally in 1995. The album was expected only to sell enough for Morissette to make a follow-up, but the situation changed quickly when KROQ-FM, an influential Los Angeles modern rock radio station, began playing "You Oughta Know", the album's first single. The song instantly garnered attention for its scathing, explicit lyrics, and a subsequent music video went into heavy rotation on MTV and MuchMusic.
After the success of "You Oughta Know", the album's other hit singles helped send Jagged Little Pill to the top of the charts. "All I Really Want" and "Hand In My Pocket" followed, but the fourth U.S. single, "Ironic", became Morissette's biggest hit.
Morissette has sold more than 60 million albums worldwide. On November 20, 2011, Morissette appeared at the American Music Awards. Morissette is embarking on a European tour for the Summer of 2012, according to Alanis.com. In early May 2012, a new song called "Magical Child" appeared on a Starbucks compilation called Every Mother Counts.