I like decorative, functional things that I feel comfortable in.

Comments on: "Joey Lauren Adams Quotes: I like decorative, functional things that I feel comfortable in." 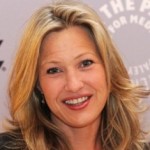