So I'm not really quite sure what Landis' plans were to make another one. The American Werewolf in Paris was a completely separate story.

Comments on: "Jenny Agutter Quotes: So I'm not really quite sure what Landis' plans were to make another..." 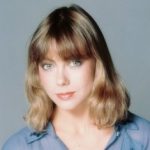 Jennifer Ann Agutter was born in Taunton, Somerset, England. She is a British actress. She began her career as a child actress in 1964's East of Sudan and went on to appear in Star!. Her role in several films include: Walkabout, Logan's Run, Equus (Won- BAFTA Award for Best Actress in a Supporting Role), The Riddle of the Sands, Sweet William, The Survivor (Nominated- Australian Film Institute Award for Best Actress in a Leading Role), An American Werewolf in London (Nominated- Saturn Award for Best Actress), Dark Tower, Child's Play 2, Irina Palm, Glorious 39, Outside Bet, and Queen of the Desert. Her role in television include: The Snow Goose (TV movie, Won- Emmy Award for Outstanding Supporting Actress in a Drama), The Alan Clark Diaries (TV serial), and Call the Midwife (TV series). She married to Johan Tham in 1990. They have a son, Jonathan Tham.