I got a part as a chorus girl in a show called Every Sailor and I had fun doing it. Mother didn't really approve of it, through.

Comments on: "James Cagney Quotes: I got a part as a chorus girl in a show called Every..." 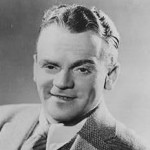 James Francis Cagney Jr. was born in Manhattan, New York City, New York, USA. He was an American actor and dancer. In his first professional acting performance, Cagney danced costumed as a woman in the chorus line of the revue Every Sailor, in 1919. He spent several years in vaudeville as a dancer and comedian, until he got his first major acting part in 1925. His role in several films include: Blonde Crazy, The Public Enemy, Taxi!, Angels with Dirty Faces, White Heat, Hard to Handle, The Irish in Us, Ceiling Zero, Angels with Dirty Faces(Nominated- Academy Award for Best Actor), Boy Meets Girl, Yankee Doodle Dandy(Academy Award for Best Actor), Love Me or Leave Me(Nominated- Academy Award for Best Actor), The Gallant Hours(also producer), One, Two, Three(Nominated- Laurel Award for Top Male Comedy Performance), Ragtime, and Terrible Joe Moran(TV film).