Comments on: "James Caan Quotes: It is that, but really, it's about how we don't recognise the little..." 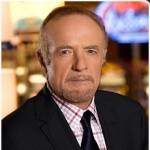