Customs and convictions change; respectable people are the last to know, or to admit, the change, and the ones most offended by fresh reflections of the facts in the mirror of art.

Comments on: "John Updike Quotes: Customs and convictions change; respectable people are the last to know, or to..." 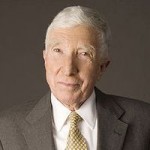 John Hoyer Updike was born in Pennsylvania, USA. He was an American novelist, poet, short story writer, essayist, art critic and literary critic. He graduated summa cum laude in 1954 with a degree in English from Harvard University in 1954. He also studied at Ruskin School of Drawing and Fine Art at the University of Oxford. He published more than twenty novels, more than a dozen short-story collections, as well as poetry, art and literary criticism and children's books during his career. He wrote his stories, reviews, and poems in The New Yorker. He also wrote regularly for The New York Review of Books. He wrote several novels ("Rabbit" series) include: Rabbit, Run, Rabbit Redux, Rabbit Is Rich (Won- Pulitzer Prize for Fiction and the National Book Award for Fiction in 1982), and Rabbit at Rest (Won- Pulitzer Prize for Fiction in 1991). He wrote other novels include: The Poorhouse Fair, The Centaur (Won- National Book Award for Fiction in 1964), Of the Farm, Couples, Marry Me, The Coup, The Witches of Eastwick, Roger's Version, Memories of the Ford Administration, Brazil, In the Beauty of the Lilies, Toward the End of Time, Gertrude and Claudius, Terrorist, and The Widows of Eastwick. He wrote several short stories include: The Same Door, Pigeon Feathers, Olinger Stories, Trust Me, and My Father's Tears and Other Stories. He wrote several poems include: The Carpentered Hen, Telephone Poles, Midpoint, Dance of the Solids, Tossing and turning, and Facing Nature. He wrote several essays include: Picked-Up Pieces, Hugging the Shore: Essays and Criticism, Just Looking: Essays on Art, Odd Jobs: Essays and Criticism, Still Looking: Essays on American Art, and Always Looking: Essays on Art. He received many awards include: Guggenheim Fellowship, O. Henry Prize, National Medal of Arts, and National Humanities Medal.