When I did 'Ferris Bueller's Day Off', I had the idea on Monday and the following Tuesday it was in budget at Paramount. I couldn't walk.

Comments on: "John Hughes Quotes: When I did 'Ferris Bueller's Day Off', I had the idea on Monday..." 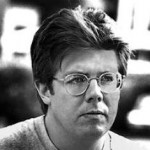