Writing is as big a part of my career as acting is, financially and time wise. So, yeah, I love it. That's all I wanted to do since I was young was be a writer. So that and acting are the two most important aspects of my career.

Impatience can cause wise people to do foolish things.

A wise man once remarked that we can count how many seeds are in the apple, but not how ma...

To the wise, a prick on the finger avoids a hole in the heart.

You can't get wise with sleep still in your eyes no matter what your dream might be.

The wise say that our failure is to form habits: for habit is the mark of a stereotyped wo

Comments on: "Jonah Hill Quotes: Writing is as big a part of my career as acting is, financially..." 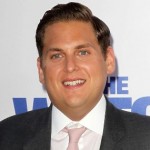 Jonah Hill Feldstein was born in Los Angeles, California, USA. He is an American actor, producer, screenwriter and comedian. He is a two-time Academy Award nominee, for his performances in the films Moneyball and The Wolf of Wall Street. After graduating from high school, he left California to attend Bard College, where he studied music and sports. He also studied at The New School and the University of Colorado Boulder. His role in several films include: Accepted, Grandma's Boy, Knocked Up, Superbad, Strange Wilderness, Get Him to the Greek, 21 Jump Street, War Dogs, and The Beach Bum (upcoming film). His role in television include: Campus Ladies (Sitcom) and Allen Gregory (Adult animation Sitcom, only voice). He produced several films include: 22 Jump Street and Why Him? He has written several films include: 21 Jump Street, 22 Jump Street, Sausage Party, and and Why Him?