When you're acting and you need to cry, you want to put yourself in a position where you're trying not to cry, because that is generally what people try and do. They try to hold on to their emotions, they don't want to lose them.

Comments on: "Jared Harris Quotes: When you're acting and you need to cry, you want to put yourself..." 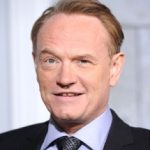