When I write, it is always the melody that comes first, and it just happens to be the case that the most beautiful tunes are sad, and the lyrics follow the mood of the melody.

Comments on: "Francoise Hardy Quotes: When I write, it is always the melody that comes first, and it..." 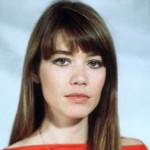