You cannot borrow half of who you are from someone else, yet people try to do it all of the time, they just call it a relationship!

Comments on: "Jennifer O'Neill Quotes: You cannot borrow half of who you are from someone else, yet people..." 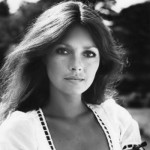 Jennifer O'Neill was born in Rio de Janeiro, Brazil. She is a Brazilian-American actress, model, author and horse trainer, known for her role in the 1971 film Summer of '42 and modelling for CoverGirl cosmetics starting in the 1970s. She was appearing on the covers of Vogue, Cosmopolitan, and Seventeen, earning $80,000 a year in 1962. Her role in several films include: For Love of Ivy, Rio Lobo, Lady Ice, Whiffs, The Flower in His Mouth, The Innocent, Caravans, A Force of One, Cloud Dancer, Scanners, I Love N.Y., Discretion Assured, The Ride, Time Changer, Last Ounce of Courage, Doonby, and I'm Not Ashamed. Her role in television include: Love's Savage Fury, Bare Essence (Soap opera), Cover Up (TV series), A.D. (miniseries), The Red Spider (TV film), Perfect Family (TV film), and Silver Strand (TV film). She has written several books include: Surviving Myself, From Fallen to Forgiven, You're Not Alone, A Fall Together (novel), A Winter of Wonders (novel), A Late Spring Frost (novel), and Faith Lessons (with  Robert H. Schuller). She has been married nine times to eight husbands. She has three children.