Once upon a time the English knew who they were.

Comments on: "Jeremy Paxman Quotes: Once upon a time the English knew who they were." 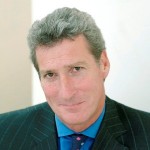 Jeremy Dickson Paxman was born in Leeds, West Yorkshire, England. He is an English journalist, author, TV presenter and screenwriter. He is known for his forthright and abrasive interviewing style, particularly when interrogating politicians. He educated at Malvern College and St Catharine's College, the University of Cambridge, where he edited the undergraduate newspaper Varsity. He joined the BBC in 1972, initially at BBC Radio Brighton, although relocated to London in 1977. In coming years, he worked on Tonight and Panorama before becoming a newsreader for the BBC Six O'Clock News. He presented several TV programmes include: University Challenge, Newsnight, Breakfast Time, The Victorians (TV series), Empire (TV series), and Britain's Great War (TV series). He has written several books include: A Higher Form of Killing (with Robert Harris), Friends in High Places, Fish, Fishing and the Meaning of Life, The Political Animal, On Royalty, The Victorians, Empire, Great Britain's Great War, and A Life in Questions. He has written several TV series include: Empire, and The Victorians.