War created bizarre allies, while peace itself could be divisive.

Comments on: "Ian Rankin Quotes: War created bizarre allies, while peace itself could be divisive." 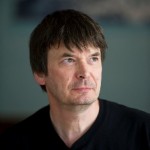 Ian James Rankin was born in Cardenden, Fife, Scotland. He is a Scottish crime novelist, best known for his Inspector Rebus novels. He graduated in 1982 from the University of Edinburgh, where he also worked on a doctorate on Muriel Spark but did not complete it. He has written several Inspector Rebus novels include: The Flood,  Knots and Crosses, Hide and Seek, Tooth and Nail, Strip Jack, The Black Book, Mortal Causes, Let It Bleed, Black & Blue(won Macallan Gold Dagger award for Fiction), The Hanging Garden, Dead Souls, Set in Darkness, The Falls, Resurrection Men(won The Edgar Award), A Question of Blood, Fleshmarket Close, The Naming of the Dead, Exit Music(won ITV3 Crime Thriller Award), Standing in Another Man's Grave, Saints of the Shadow Bible, Even Dogs in the Wild, and Rather Be the Devil. He has written other novels include: Watchman, Westwind, Witch Hunt, Bleeding Hearts, Blood Hunt, The Complaints, and The Impossible Dead. His short stories collection, including A Good Hanging and Other Stories and Beggars Banquet.